Like a flitting sparrow, like a flying swallow, So a curse without cause shall not alight.
Proverbs 26:2

This verse is a comforting promise and a piercing conviction all at once. A curse without cause will fly harmlessly over my head…unless I’ve opened a door to the enemy somewhere in my heart. So if I’m getting pounded by a curse, I invited the vampire across the threshold at some point. And though that isn’t pleasant to think about, it’s wonderful to know that I can be free as soon as the Holy Spirit shows me the door in need of closing.

Yesterday I told you about how I made a law of writing for this blog. Turns out, making that law opened the door to a curse on my heart for this blog and for God’s testimony in me.

A Curse Without Cause Doesn’t Get Off the Ground 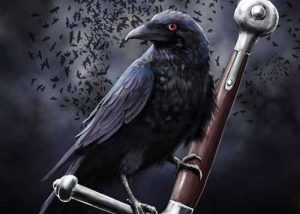 The curse was revealed first, and in such a way that I may always get the creeps thinking about it. John was asking me about my ‘fatigue’ with writing posts, and a thought, fully formed and clear as a bell, popped into my head. “Do I really even have anything to say? I’ve only been walking with the Lord for a few years. Why am I even writing on this blog?” I didn’t give voice to that thought, however, because I judged it whiny and obnoxious. I just told John how much I was struggling, especially in the last few months.

It was then that John mentioned someone who really hates my guts, the Countess of Corn Nuts. A fake name, of course, but one that brings levity to a rather gloomy tale. John said, “Do you think this could be coming from the Countess of Corn Nuts? I can just hear her railing about how she should be writing for the blog because she has so much more to say and so much more experience and spiritual maturity than you.”

I couldn’t believe that John’s hypothetical so mirrored the thought that blasted through my mind only minutes before. It creeped me out. Badly. The Holy Spirit was confirming that the Countess of Corn Nuts had been cursing me. What I didn’t know was why the curse was working on me. This was clearly not a curse without cause. I had an open door and I asked the Lord to show me.

Within hours, Martha brought me the Lord’s answer, exposing the law I’d made. I know from Romans 8 that we operate in the Law of the Spirit OR the law of sin and death. One or the other. But I had never seen that to be under the law of death attracts death, too. Making laws for myself made me a magnet for the curse of the Countess of Corn Nuts.

A Curse Without Cause Can Only Hurt the Curser 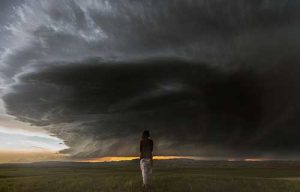 I couldn’t see that what I was struggling with was a curse. All the signs were there, but I needed help to put the pieces together. Is there a place in your life where you feel like you’re wading through slowly hardening cement? Could you be operating under a curse? And if so, where’s the open door it came through?

I could be furious with the Corn Nuts Countess (and I was!), but she’s just a lost sheep and cursing is what they do. ALL they do. In the end, I was accountable to God for opening the door to death. And because our Shepherd is so Good and Loving, He hooked and crooked me back into the green pasture that is life with Him.

This is so good. Thanks for explaining. Keep writing ….

This was so profound and life changing for me.? I felt stuck concerning ministry, marriage and most of all destiny. Thank you for sharing. I so I close every door of death and now I choose to walk in green pastures.

Thank you. I was failing to ask whose worldly voice I was hearing in my head. The answer I received from The Holy Spirit was unlikely and disappointing, but a necessary Truth. I need to let the anger belong to them. God bless you Mightily.

“The Countess of Corn Nuts” – thank you, I needed a good laugh this morning! 🙂

Jennifer of course the enemy would be placing in your mind those disparaging thoughts of inadequacy etc. because he knows what damage you are doing to his kingdom as you communicate the truth in such powerful ways! God has anointed and gifted you for this blog for such a time as this…don’t ever again allow the enemy to suggest otherwise! ? Love and appreciate you so much!

Oh Jennifer! I so needed this!
Bless you!
Love.