“I have food you know not of…”

I could ask, “I have just one life, why in the world would I want to abandon myself by not satisfying it? What do I gain from yielding my life up to His fulfillment and satisfaction? Where’s my joy in this?” The bottom line of these questions is, “What’s in it for ME?!”

Wait is there anything in it for me? 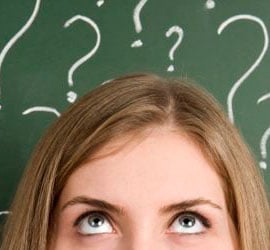 We were ministering to a woman who was dying of cancer. We lovingly gave our testimonies and followed the Spirit’s leading to call her to give her life to Jesus. And in essence, she used this bottom line question to respond. “What’s in it for ME?!” Yep, in the last few days of her life, when the Lord was petitioning her to surrender, she said, “What about my pleasure?” The dialogue was at least honest if nothing else. She was brought to the brink of a premature death to make a choice, and I’m sorry to say, it appears that she didn’t choose wisely.

Get the picture of this. God pursued her all her life and entreated her to come, and in the last few steps before entering into her eternity, He said, “Will you say yes to My Life?” Her response was a resounding NO. This woman had sought her own will her entire life. And the reason why I bring her up is because I believe we’re all presented with this choice as well.

Salvation is not amassing just another perk for my life. It’s not something that I can hail as a life experience and cross it off my bucket list. Salvation is an end to what was in order to enter into something unbelievable. It’s the season finale to the series of my life and the rejoicing over the pilot episode of His. Why do you think countless people resist it? It’s because deep down at our core we know it’s ‘The End’ to our story and the beginning of His.

My entire story doesn’t prove my ability. It disproves it. His calling was to my weakness. He didn’t select me because of my great spiritual prowess, but because of my utter whoredom. He found the lowly with no ability and asked permission to be everything.  I have nothing to be able to perform this task, and in actuality neither do any of us. He doesn’t select shining stars for His Kingdom. He rises as the Morningstar.

Christ wants to be in us, what we are not. He wants to be worship, love, and life—He in me, through me, as me.  His trimming of my finger has turned out to be my greatest addition.  Through it I’ve seen His desire and ability to perform in me everything He requires.  Christ in me, my hope of glory is the actual living reality!

So back to the question at the beginning of the post, “What’s in it for Me?” The answer is all things! When I lose my own interests, then He becomes everything I ever needed or wanted. His satisfaction becomes my very satisfaction – not just now but for eternity.  I enter into His eternal glorious story, the story upon which all other stories are based.  I don’t live in a shadow or facsimile of Life—I live in The Reality.  So what do I gain?  I embody His very Life! Far beyond mere elations, I receive the mystery of Christ as my living reality. Actually, until His Life is your life, you’re just an actor on a stage. Life is merely going through the motions, an unoriginal story in a bargain bin of stories, until it’s actually Christ who lives in me.

He who did not spare His own Son, but delivered Him over for us all, how will He not also with Him freely give us all things?
Romans 8:32 NASB

YOU ARE A SWEET DELIGHT IN MY LIFE. THANKS FOR THE TEACHINGS THAT YOUR EXPERIANCES BRING TO ME. YOU ARE MY DELICIOUS BROTHER. THANKS FOR ALL YOUR WRITTINGS.THEY DIG DEEP IN TO MY SOUL.
IN CHRIST LOVE

Julia’s comment from your post, John, resounded in and impacted me as well. Thank you, John, as we live expecting to see Jesus!

As long as I live for ME, I miss the beauty and glory of HIM.

Yes!
We were designed to be satisfied by Him…which also somehow satisfies Him!!!.”
Any other ‘satisfaction’ is a trick and a lie at best.
Thanks John!

“…-He in me, through me, as me.”
Absolutely Divinely evident.

I give Him the praise for the words He has you share with all of us as you “love…fervently with a pure heart.” (1 Peter 1:22)

“HE rises as the Morningstar.”….precious and pure Light.
Thank you John!

Just what I needed to hear (read) this AM. Thank You!!